Palestinians men with their national flag are seen as they continue their protest around the St. Gerassimos monastery in the desert village of Ein Hejleh in the Jordan Valley near the West Bank city of Jericho, 03 February 2014. The protest that began on 31 January 2014, is meant as a protest against the alleged continuing occupation of Palestinian lands. The protesters are occupying the land just off a main highway that Israelis use to bypass Jericho while traveling in the Jordan Valley. Photo by Oren Nahshon 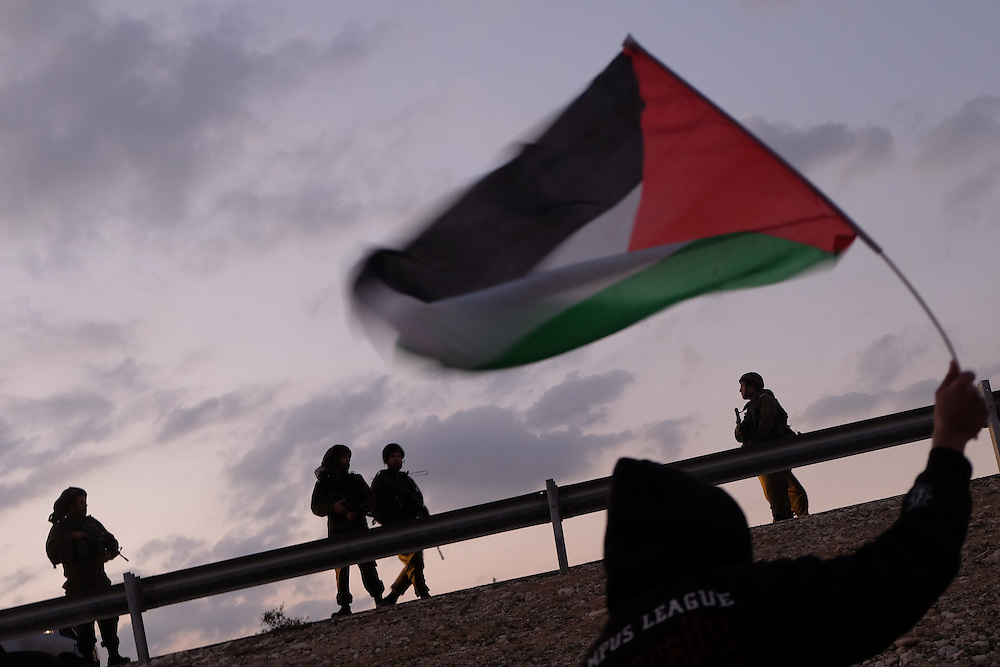