FC Barcelona football player GERARD PIQUE arrives with the FC Barcelona team to the Western Wall in Jerusalem's Old City. The star-studded soccer club FC Barcelona landed in Israel yesterday for a two-day visit in the country and in the Palestinian territories. They began their visit in an event in the West bank city of Hebron. Tonight, they will hold an open practice in Jaffa's Bloomfield Stadium, near Tel Aviv. August 04, 2013.Photo by Oren Nahshon 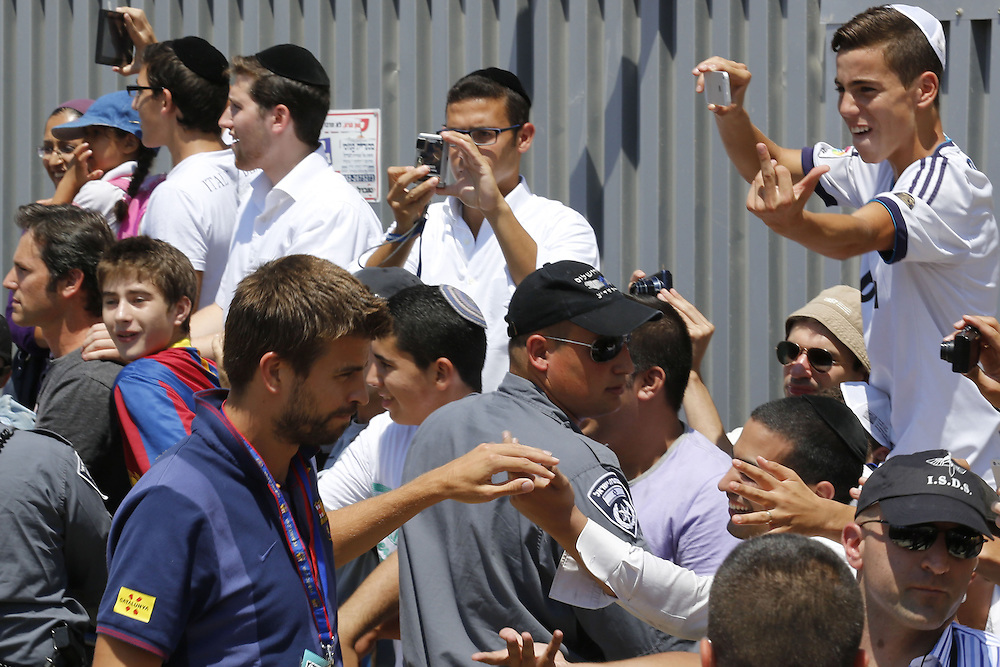